Crowdfunding has recently become a legitimate avenue for getting small (and big) projects the cash they need to succeed.  However, project owners need to follow guidelines, make their video, set rewards, and reach their goals within the allotted time, or the money they raise is returned to the supporters.  This can be a significant investment in time and money on behalf of the project owners, which makes it a risky venture for certain projects.  Luckily, sites like Kickstarter now have an established track record for many projects, and it’s possible to look at historical outcomes in order to decide whether or not your next Kickstarter project is likely to succeed.  In short, it’s a great opportunity for Machine Learning!

Unfortunately, Kickstarter itself doesn’t provide you with the raw data, at least not in a straightforward way.  Kickstarter enthusiast Dan Misener has put together a site called Kickback Machine  that helps to organize the information and statistics from successful (and failed) Kickstarter projects. 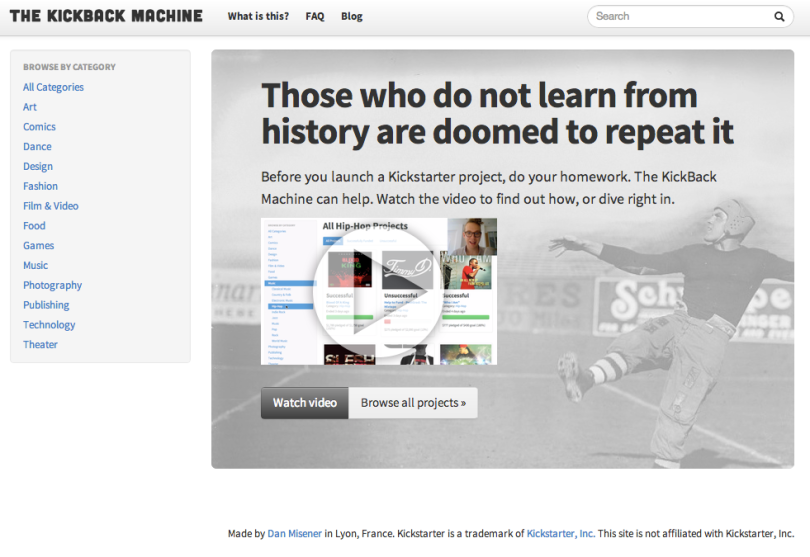 Using Dan’s data, we can easily create a BigML dataset that helps us to better understand the characteristics of the Kickstarter projects.  For instance, we can see that most projects are in the Music category (followed closely by Film and Video).

The key feature we would like to predict in this data is project_state, which will determine whether the project succeeded or not (note that the “success” field is also appropriate, but doesn’t handle ongoing projects.)  It is necessary to select this field as the objective field, and then to deselect some other fields that are inappropriate.  In this case, we need to deselect pledged, success, and kickstarter_fee.   All of these fields  include information about the conclusion of project that would not be known when it was started.

After the BigML model is trained, we can see that certain combinations of project configurations can lead to successful outcomes.  For instance, in this case we see that having 34 or more backers, and a relatively small goal amount ($8,500) make it likely that you will succeed. 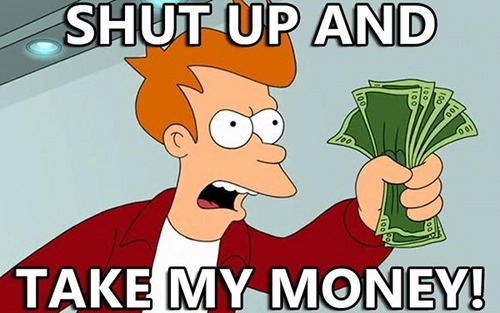 It’s always worth remembering that success in the past doesn’t guarantee what will happen in the future.  The best way to guarantee success is to have a project so good that people will just throw money at you.  Outside of that, BigML can help you better understand what kind of risks you are looking at when starting your next Kickstarter project.

Leave a Reply to Nikhil B Cancel reply